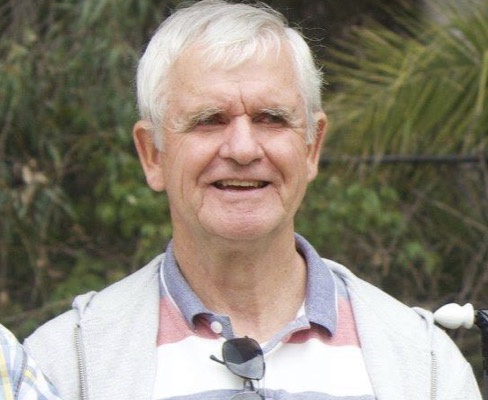 PRESIDENT’S REPORT 19TH MAY 2019 AGM – Alan George
Welcome to all our Committee Members, Association members and visitors who have joined us for our Annual General Meeting and Picnic Day, here at the Gore Hill oval which is part of the Gore Hill park re-development.

Willoughby City Council through Glascott Landscape & Civil have done a magnificent job in upgrading the area and there is still more to do before the project is fully completed.
A lot has happened since our last AGM. The100th edition of the Tunks Talk was produced. We sadly lost our current Patron Peter Christian, we continued our efforts to save The Royal Oak Hotel, the unveiling of our restored monument at St Johns Cemetery, our Treasurer and Tunks Talk Coordinator resigned, we obtained a new Patron Professor Robert Lusby AM and the continuation of restoring a number of the head stones at St Johns Cemetery.

Our Patron Peter Christian sadly passed away on 19th July 2018. A group of our members attended the Requiem Mass at the Anglican Church Australia, diocese of Sydney St James’ King Street Sydney. Peter contributed enormously to the association over the years and is deeply missed.

I spoke at a Light Rail Rally in Parramatta organised by Angela Vithoulkas and attended by Alan Jones on Monday afternoon 20th August 2018. Alan and the business owners of Parramatta have very real concerns regarding the proposal by the State Government to implement the Light Rail in Parramatta. I expressed my concerns regarding the demolishment of The Royal Oak Hotel. While there I met Gary Carter (www.heartofthematta.com) who is the author of the book ‘About that Shout’ he has written about the history of the pubs in Parramatta he also attended the meeting and is a strong advocate against the demolishment of the Royal Oak Hotel.
Gary has kept me up to date with the progress of the status of the project and unfortunately, he has recently reported that the battle is lost. He believes that some elements of the Royal Oak Hotel maybe incorporated in the new Oak Hotel across the road. The 404 site has a history with the Tunks original site i.e. the Glasgow Inn, he is pushing for the heritage listed 1824 stables to be an Interpretative Centre for the Inns of North Parramatta and have the replacement development maintained and secured by that site.
The Light Rail design team have asked Gary if he has any views on key materials that could be kept or re-used from the Hotel before the demolishment and he has asked the Association whether we may have any suggestions and if so to let him know.

Ken Tunks completed the marathon project of restoring the Tunks Monument at St Johns Cemetery in Parramatta which was unveiled during our picnic on the 28th October 2018 at Parramatta Park. The result of the restoration was an outstanding achievement we thank Ken for his tireless dedication and have presented him with a Certificate of Excellence.
Life Membership Certificates have been presented to Richard Chalmers, Mavis and Ron Baird for their wonderful contribution to the TDAI over many years.

It was with great regret that I accepted Terry Baird’s resignation as Treasurer from the Tunks Descendants Association Incorporated.
I thanked Terry for the time and effort he dedicated in performing the duties of Treasurer. Particularly the transferring of data from the Quicken Accounting Software to the spread sheet options he created.
Robert Vaughn took over the role of acting Treasurer until our Annual General Meeting on the 19th May 2019 for which we are eternally grateful for.

With great regret I accept Elizabeth Warren’s resignation as the Tunks Talk Co-ordinator.
It is so unfortunate that we were unable to reach a mutual solution to the situation that occurred in the processing of the Tunks Talk newsletter.
I thanked Elizabeth for her wonderful contribution to the Tunks Talk Newsletter and her knowledge and research will be truly missed.
Ron Baird has resumed the role of Tunks Talk Coordinator until our Annual General meeting on the 19th May 2019. Once more we are most appreciated to Ron.

Professor Robert Lusby has graciously accepted our invitation as our new Patron of the Tunks Descendants Association Incorporated.
Vascular surgeon-turned-vigneron, Professor Robert Lusby has been recognised for his significant service to medicine and medical education and research in the form of an AM (Member of the Order of Australia)
Dr Lusby has had a wonderful career not only as an eminent Vascular Surgeon and in his teaching role at Sydney University’s teaching School at Concord Hospital but also as a Vigneron in the Hunter Valley where he established Tintilla Estate Wines in the early 1990’s. Now retired from active surgery, Dr Lusby spends his time in the winery, on several local committees and on several Medical Boards in Sydney which keep him very active indeed.
Dr Lusby and his wife Mary are both interested in Genealogy and Mary’s forebears were Shortlands, two of whom arrived with the First Fleet as Father and Son Doctors. Robert’s ancestors were free settlers who arrived in the early days of settlement and are well documented throughout our historical records.

We have had four committee meetings all of which have been held at The Royal Oak Hotel.
All meetings were well attended by our committee members and I thank them so much for their enthusiasm and dedication. It is wonderful group effort of volunteers achieving outstanding results.

I am looking forward to the continuing success of our very busy association.